Called "Further from function", this collection of furniture with abstract style and angular lines appeals to our perception of the object and space.

Since 2010, Studiokhachatryan has been creating installations, designing interiors and architectural elements for public spaces, and creating objects whose forms change depending on the angle from which they are viewed.

Through his experimental approach, founder Noro Khachatryan breaks free from the simple functional aspect and transcends the very nature of furniture. The Armenian designer marries textures, natural materials, wood, stone, metal, combines the ancient and the modern, to create objects full of poetry, inscribing design in a broader experience. 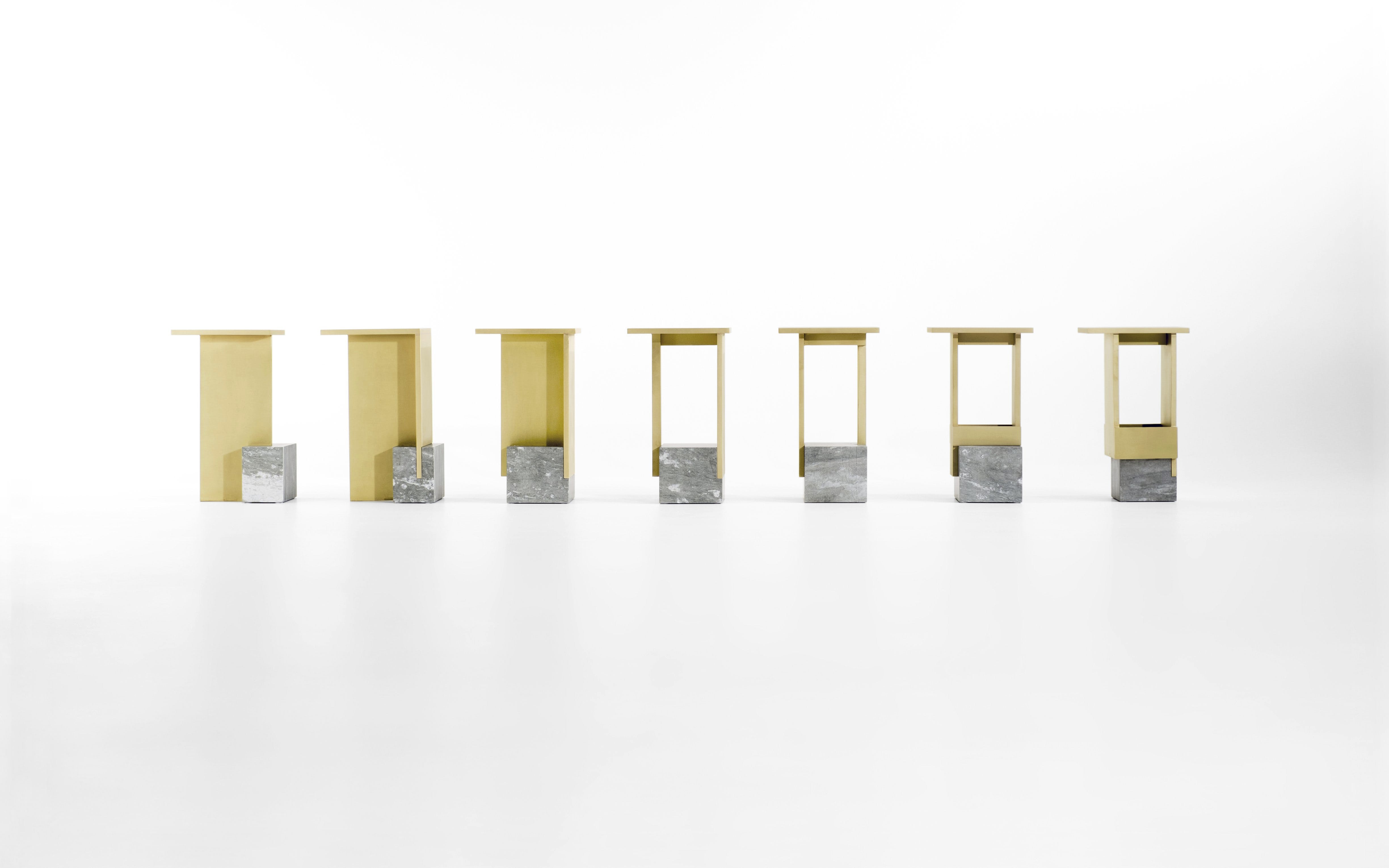 What is your background and what led you to design?

I arrived in Belgium at 17 to study architecture. I couldn't start right away, so I worked for a carpenter who also made furniture. It was only supposed to be a temporary job, and I ended up staying there for two years as a journeyman. While I was learning the language, I started to consider studying design rather than architecture: I liked making things. So I entered the design program at the Ecole Saint-Luc in Brussels, graduated, and stayed on to study architecture and fulfill my initial dream. During this period, I was also a freelance designer, which proved to be complicated, if not impossible. I never finished my Master's degree in architecture.

Your approach is very graphic and minimalist. At what point do you know that you have reached the end of a project?

It depends on the project. When it comes to assignments, everything is decided upstream, what remains to be produced is the design work itself, the development of the project for which we were chosen. Sometimes we have to deal with different needs, but since we are in constant dialogue with the client, we know when to stop. When an architect asks me to create installations for new residences, or when I create limited editions for industry, I know what is expected of me.

It's more complicated when it's a personal project. You start somewhere without knowing how to develop it, and you don't necessarily know where to stop. The important thing is to take your time, without a precise goal. I imagined a collection of seven tables, for example, which took me two years to develop and create. If it had been a commission, this freedom would have been impossible to obtain. Minimalism, sometimes, becomes the most difficult thing to grasp. 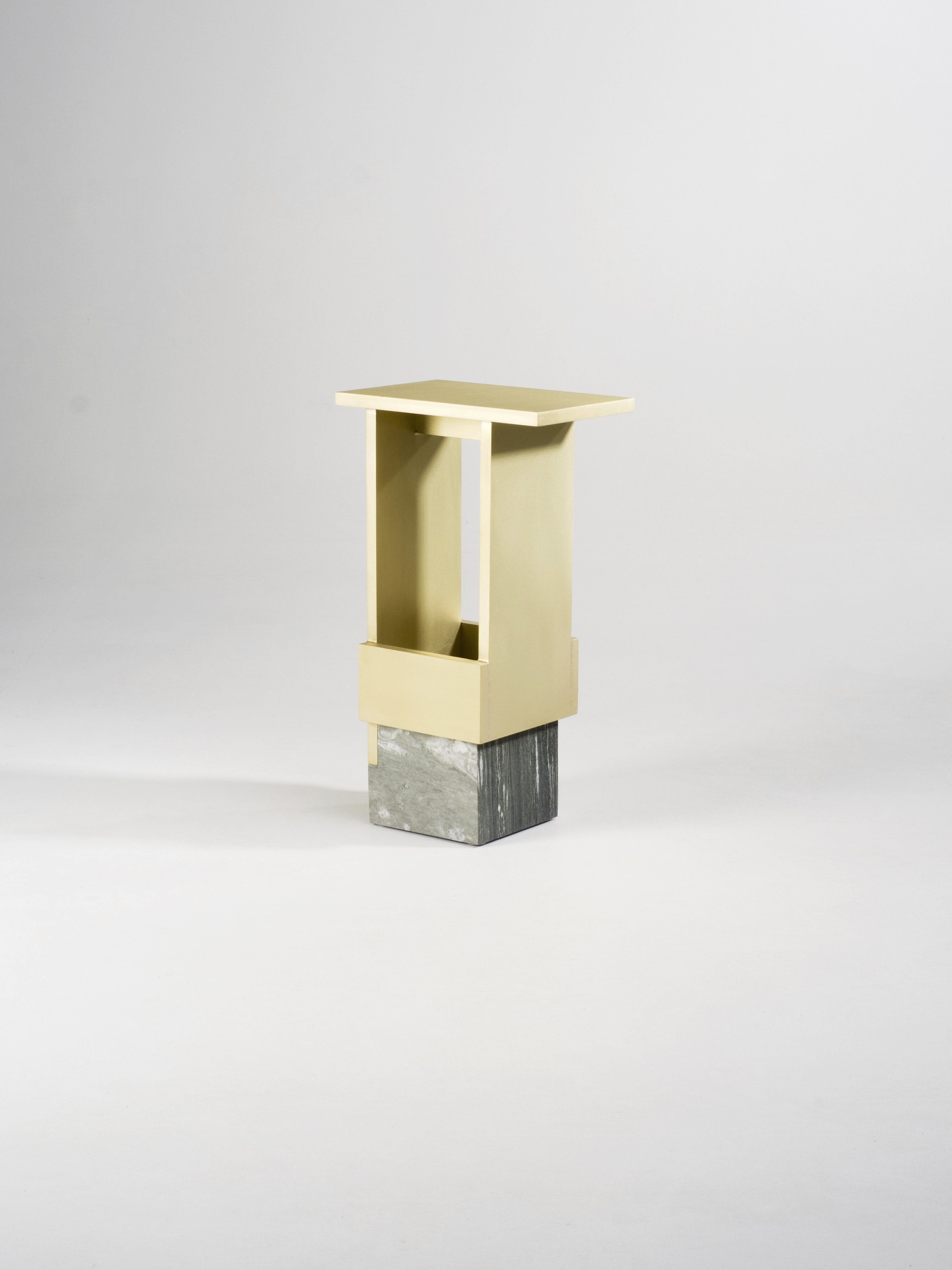 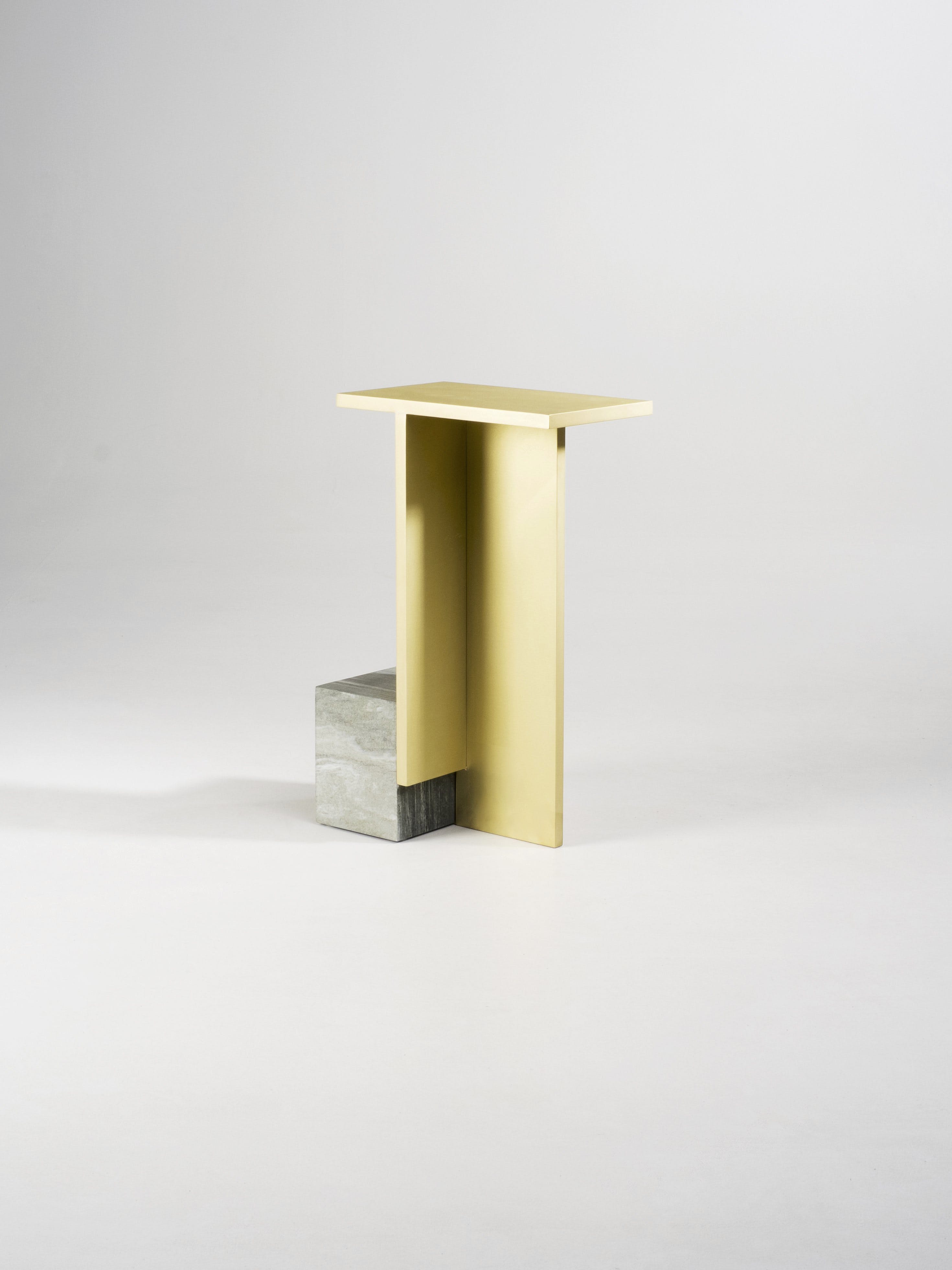 Do your creations require special techniques?

I don't make a difference: what is special, what is not? For me, it's all about finding the best way to achieve your goals regardless of the techniques. When I started Further From Function, for example, I didn't know what materials I was going to work with. I changed them constantly, until the very last moment.

I don't use materials in any way that is innovative. I like to have a long-term vision, which is why I always come back to natural materials. I choose techniques according to the materials I use. And sometimes the quality of the gesture is more important than the technique itself.

How would you describe your creative process?

It is a mixture of narrative and conceptual creative process. The creative changes and experiments are linked to each other. I also have a very analytical approach to my work, like an architect, so everything I discover on a daily basis is the result of a natural process. I try not to be surprised by what I discover. I don't like to be surprised.

Any sources of inspiration?

There is everyday life, travel, discoveries... But art, without a doubt, is what inspires me most of all. I am interested in contemporary art as well as modern design, and I think there is more going on in the art world, despite the crossover between art and design. I have the feeling that today "beauty" is not only defined in terms of pure aesthetics, but also in terms of the environment. Maybe that's why I like looking at art so much, it's another world, even if I'd rather be a good designer than a bad artist. 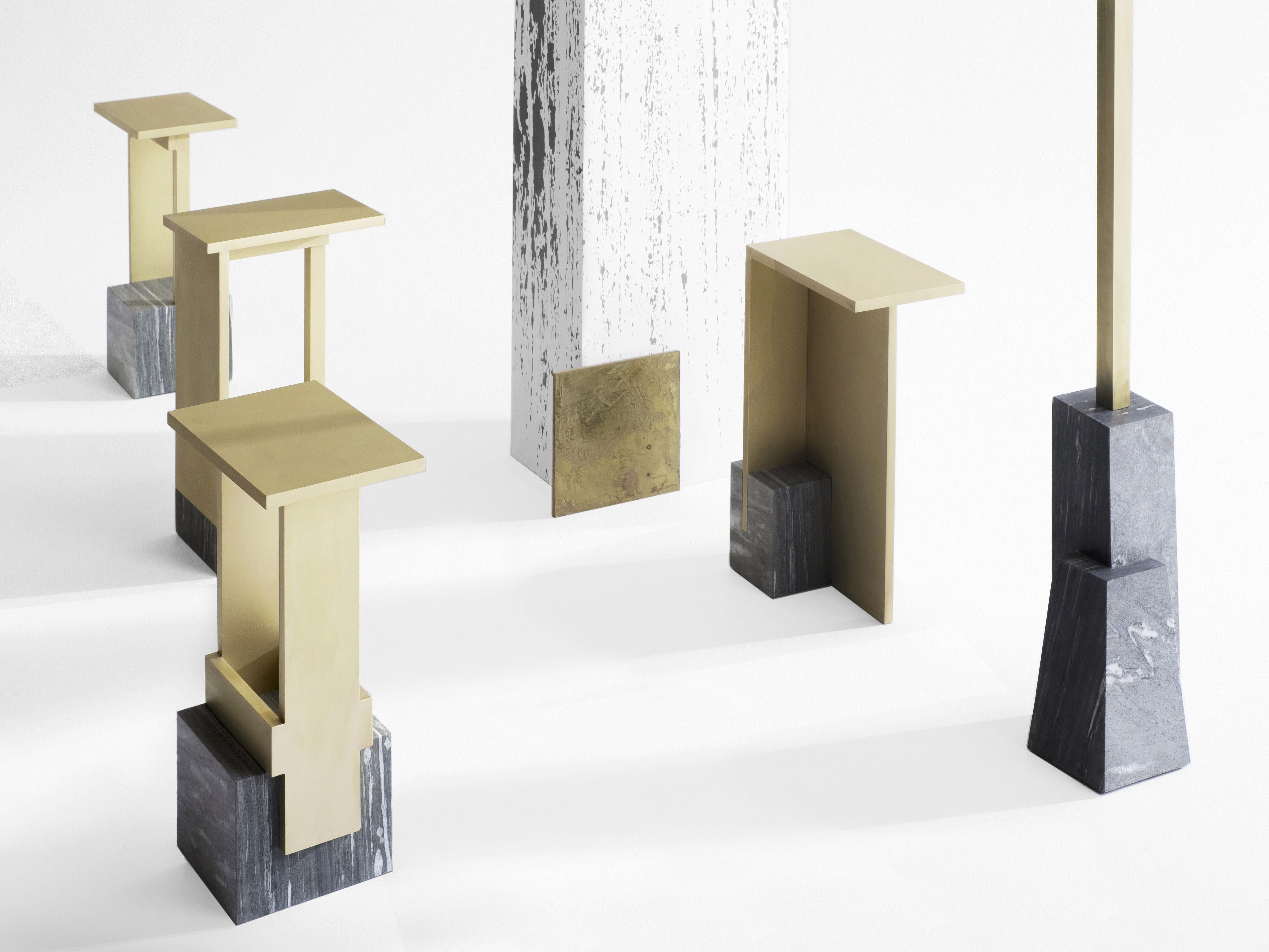 What kind of reactions do you expect to your work?

I want people to be able to criticize my work, even negatively.

When I was younger, I wanted people to like my work or at least understand it. Now I try to have a certain perspective: everyone has a different opinion, and I'm not interested in positive criticism anymore if it's not balanced with negative criticism. The hype prevails now, more than the quality of the work done. I miss the "why" and the "how" very much. I hope that one day there will be more reviews from professionals, not just arbitrary reasons why one should buy one product over another.

Can you identify a key moment in your career, a moment when everything changed?

Absolutely! April 2015. I had two meetings with professionals from the design world, to whom I presented two projects. Their only remarks were about rational and economic aspects, which is quite normal; a project must be economically profitable. But, while I liked the idea of large-scale production, I realized that day that I was unable to satisfy this demand with my work. I had to do things to support myself first, even if it meant producing only two, or five, objects in a series. Before, when I did limited editions, I thought of them only as "niche" collections for me, an opportunity to experiment. These two meetings allowed me to understand that I could do things differently.

How did your work come to Leclaireur?

I was visiting a friend in Paris in September 2015 to whom I had presented a preview of my new collection, all-black pieces, minimalist coat racks mainly. He immediately made the connection with fashion, and advised me to visit Leclaireur. I went to the store on rue Hérold, which impressed me with its mix of fashion and design. I met Armand Hadida a few months later, to show him some sketches of projects; he opened the door to possible future collaborations.

I like working with Leclaireur because they don't try to follow the hype, or to satisfy purely mercantile needs. Leclaireur sees creation as something that sparks the imagination. 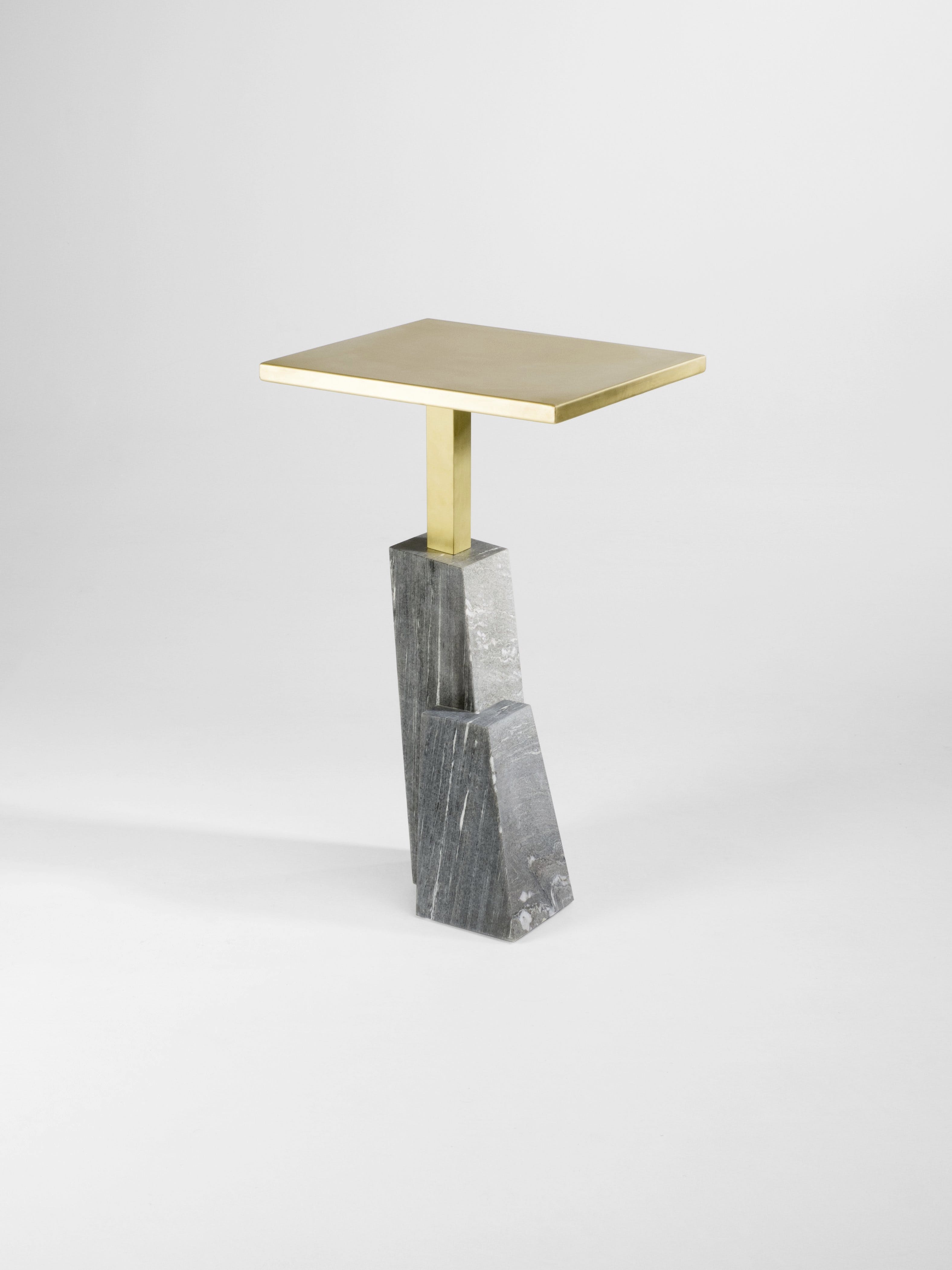 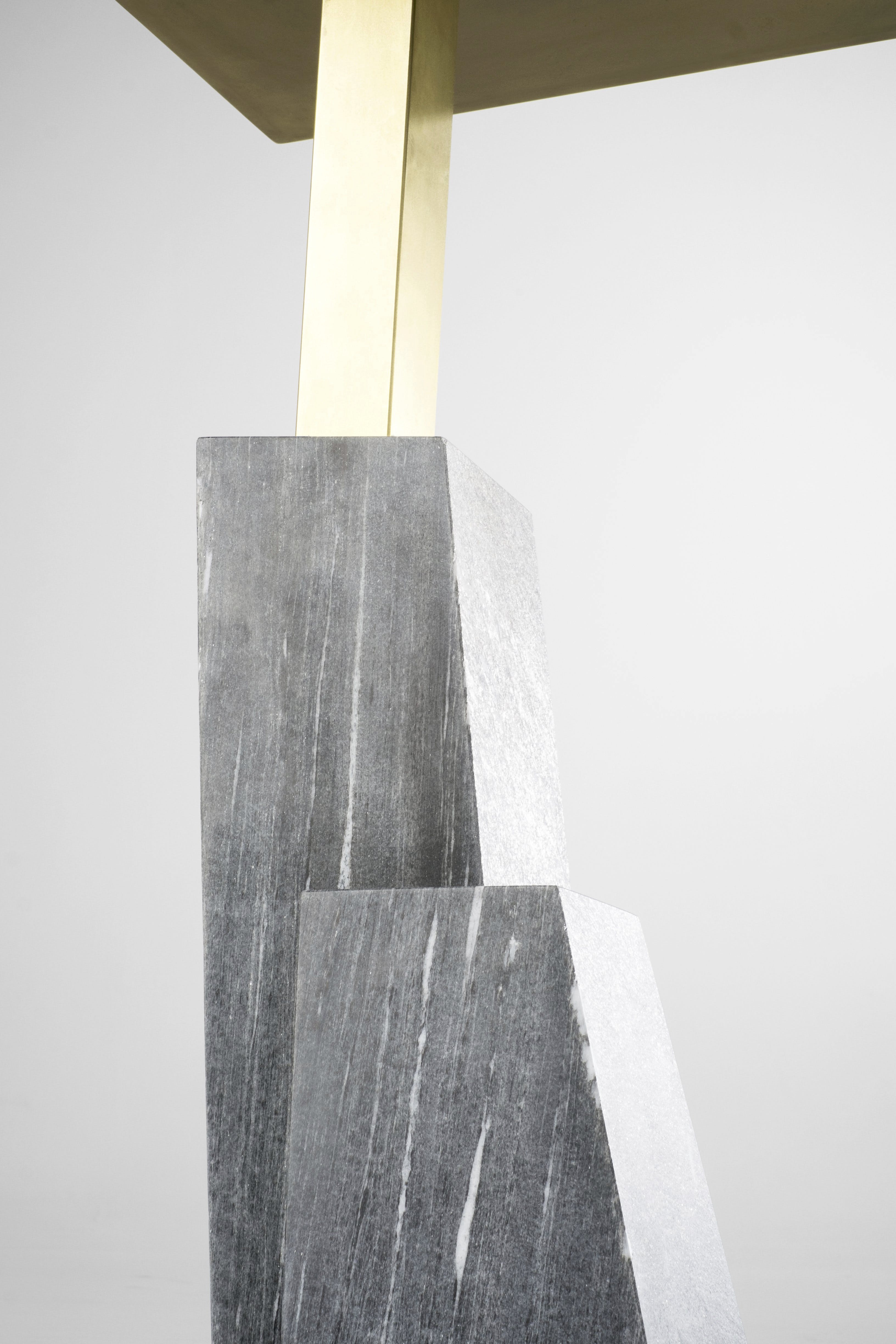 Your definition of design?

I don't have a definition of design. Design is everywhere. This collection, for example, is about functional objects and the mystery that surrounds their own typology. We didn't want to make commercial objects so much as artistic ones, in line with Leclaireur's policy regarding commercial aspects and the buying experience. You don't just buy a chair. You buy the story that goes with it. It's a whole concept.

How do you think design will evolve?

I've only been working in design for eight years, but already I've seen a lot of changes happening. Everything is considered "design" today, but the history of design is pushing us to consider it as an art. It's not that I want to compare these two artistic fields; they don't have the same goals. What I mean is that we don't want to make simple tables or chairs anymore, we want to create from other perspectives and change things.

"Do what you do best. I don't think I'm capable of doing anything other than design.