At Leclaireur, we like beautiful friendships that are born to last. 2016 marks the year of our meeting with Julien Benhamou, official photographer of the Opera and movement expert, and of three spectacular collaborations. From star dancers to music stars, there is only a gap. The young piano prodigy Simon Ghraichy, as comfortable in Yohji Yamamoto as in Uma Wang, deploys his talent and his long body for an exclusive photo shoot and an editorial that breathes music. Completely dressed by the Leclaireur team. Simon played, played the game, and even answered some questions. 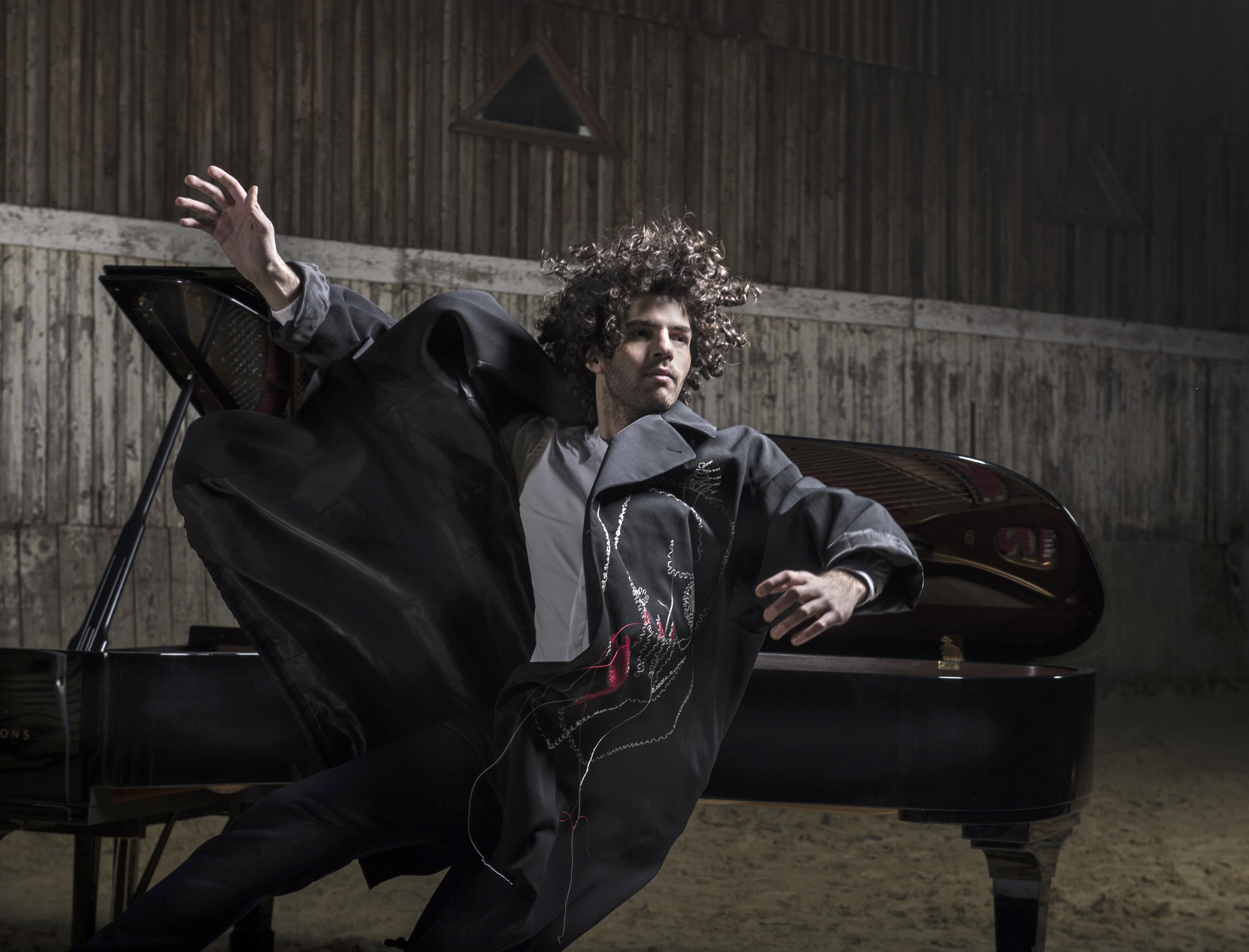 Leclaireur: But where do you come from, Simon Ghraichy?

SG: I was born in Lebanon to a Mexican mother and a Lebanese father. Even if I grew up mainly in France, we kept strong links with Lebanon, and I often go to Mexico, I have family there. I even lived there for two years. Today, I feel completely Parisian, but I hold on to these three cultures that make my family so unique.

L: What have been your major artistic encounters?

SG: There are many, starting with my teachers at the Paris Conservatory or abroad, who pushed me to be who I am today. But also, of course, my close friends and my family, this human warmth is the primordial pillar of any artist who offers himself in performance, an anchor. I also have a lot of admiration for some pop and classical artists. But there is a leading pianist for me, whom I place above all others, and that is Vladimir Horowitz (1903-1989), a Russian who lived most of his life in the United States. I identify a lot with him, both in his playing, his temperament and his coquetry: he was a bit of a "fashion victim" at the time! He had a life of a tidy old man and at the same time led a totally decadent existence, going out in nightclubs at 80 years old after his concerts, in a suit and bow tie. He always knew how to bring his dose of eccentricity to the most classical repertoires, from Litz to Schumann through Beethoven. He had in his way of playing this particular acidity, so recognizable, reflecting his naughty temperament. 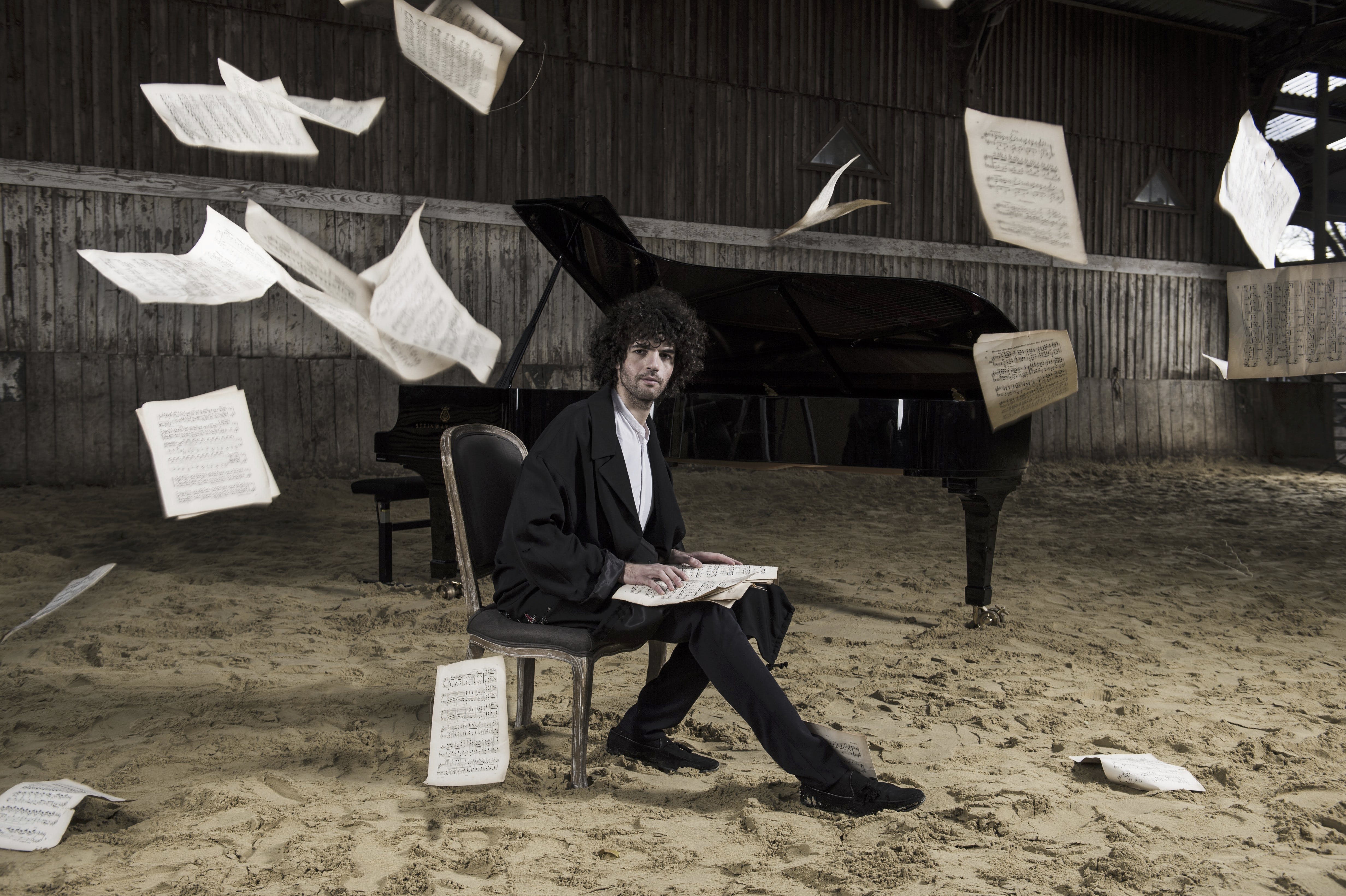 L: Classical music, for the child that you were, it was a revelation?

SG: It didn't come to me overnight, it comes from a series of events. My father is a lawyer, my mother is a shrink, but I remember that I have always lived with music. If it was not practiced, it was at least listened to. There was classical music and a very music-loving atmosphere at home, we went to concerts. A lot of Mozart. A lot of Mozart! I always knew I loved music, and being an only child, I had a lot of time to myself. We had a piano at home, and at 3 or 4 years old, I was tapping away at it to get melodies out. It didn't escape my parents' notice and they made sure I took lessons. I didn't know at the time that it could be a profession, obviously, it was just a passion. Until I gave my first concert at the age of 12 or 13. The experience of the stage was... exhilarating. That was my revelation. For several years I played in public, without pressure, because I liked it. The year I graduated from high school, my friends were wondering what they were going to do later, and I understood that, whatever I did on the side, it would be a betrayal to not live for music.

L: Do you remember a particular performance in the last years, a concert during which you felt touched by grace?

SG: There are sometimes exceptional moments, but two of them stand out for me because they were really emotionally charged. The first one was in one of the small rooms at Carnegie Hall in New York a while back. I was tense and joyful, under pressure, and I let loose like never before. Probably because it was my first time at Carnegie Hall, with the dimension "this is it, I've done it, I'm there" even if it's in the small hall. Walking through the halls and seeing the pictures of Ella Fitzgerald, Horowitz, the leaders of the New York Philharmonic, Rostropovich... all these people who have been there, and me, the youngest, performing on the same stage. It was very, very powerful. This year, when I returned to Carnegie Hall, this time in the main hall, the emotion was not the same.

And then in Berlin, at the end of 2016, at the Berlin Philharmonic, something happened. I felt from the first note that the whole hall was in harmony with me. It's a special hall, built in a somewhat futuristic way at a time when Berlin was split in two, to show how far ahead of its time West Berlin was. The stage is in the middle of the room, the audience is all around, so you feel a bit like the center of the world. It sounds so good that, from the first note, I had the impression that the whole room was turning into a whirlpool. 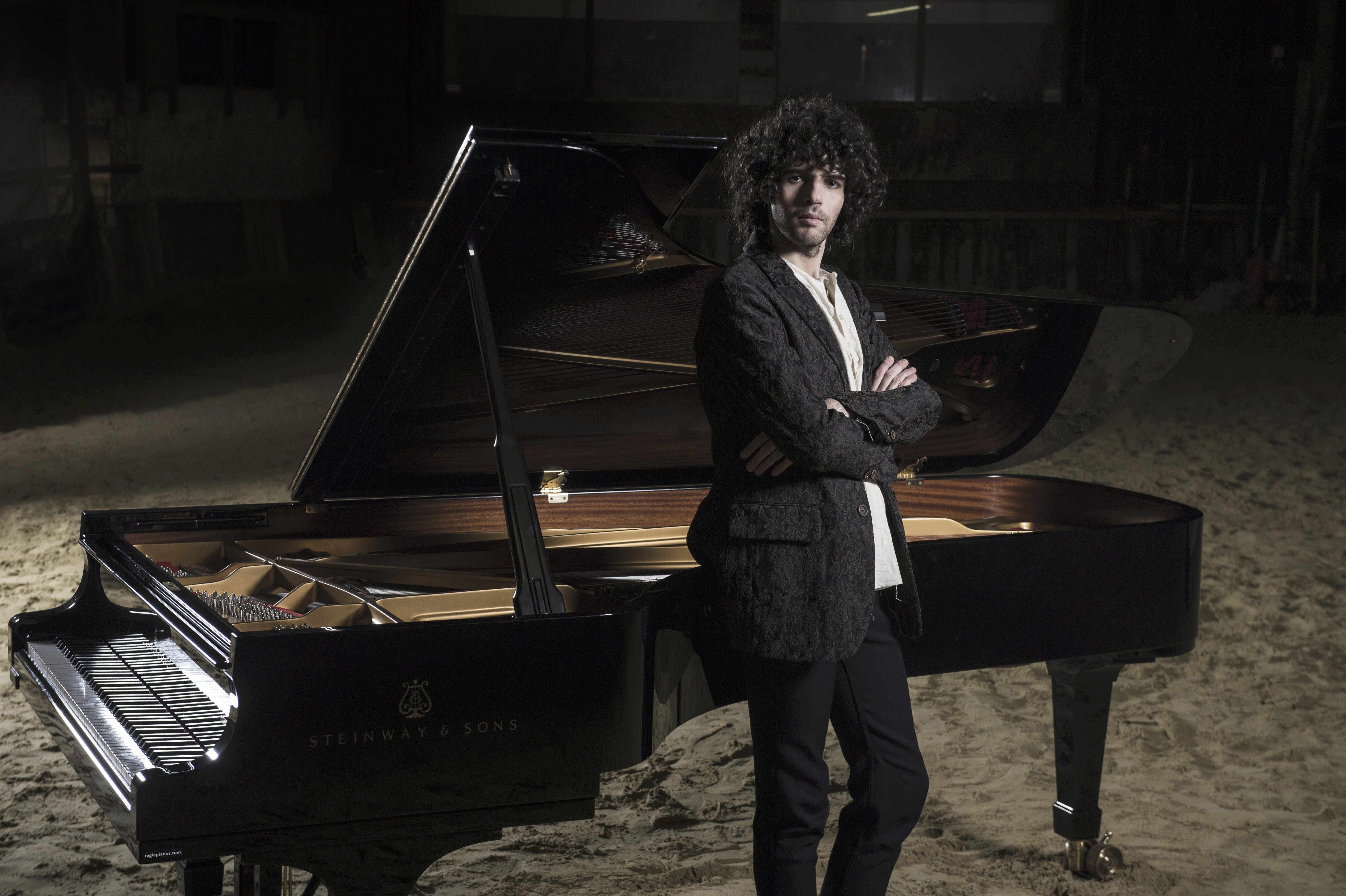 SG: It will certainly be called "Heritage", in reference to everything that built me up, but also to this Hispanic cultural heritage that I hold so dear, and which is very present in classical music. Classical music does not stop at Schumann, Beethoven, Debussy, Schubert or Mozart.

It all started with a trip to Latin America, and thus with Villalobos who is Brazilian, Arturo Márquez who is Mexican, Ernesto Lecuona who is Cuban. Then I linked these Latin composers with European composers, Spanish or French, such as Debussy who in his compositions dreamed and imagined Spain in order to better hear it and retranscribe it in the very impressionistic melodies of his time. I wanted to create a kind of bridge between European and Latin American culture, but also through Andalusia. So there are also oriental sounds referring to my Middle-Eastern, Lebanese roots. It's a real musical identity card.

L: How did the meeting with Julien happen? What motivated your choice of photographer?

SG: I only knew Julien through his work with the dancers of the Opera. I really like what he does, his work on the movement of the body. When I signed with Universal and we started working on this first album, the question of the cover quickly arose. They immediately thought of Julien, and I thought that the result could be great. We met quickly, around a drink, and the click was immediate, we both knew that the result would be up to our respective expectations.

The question of styling remained. I knew Leclaireur by name and concept, so when Julien told me about the Leclaireur team, the answer seemed obvious. I already own some stage costumes, but nothing large and nothing new. Julien and Leclaireur succeeded perfectly in entering my universe while bringing a personal touch. I think the result is fantastic. 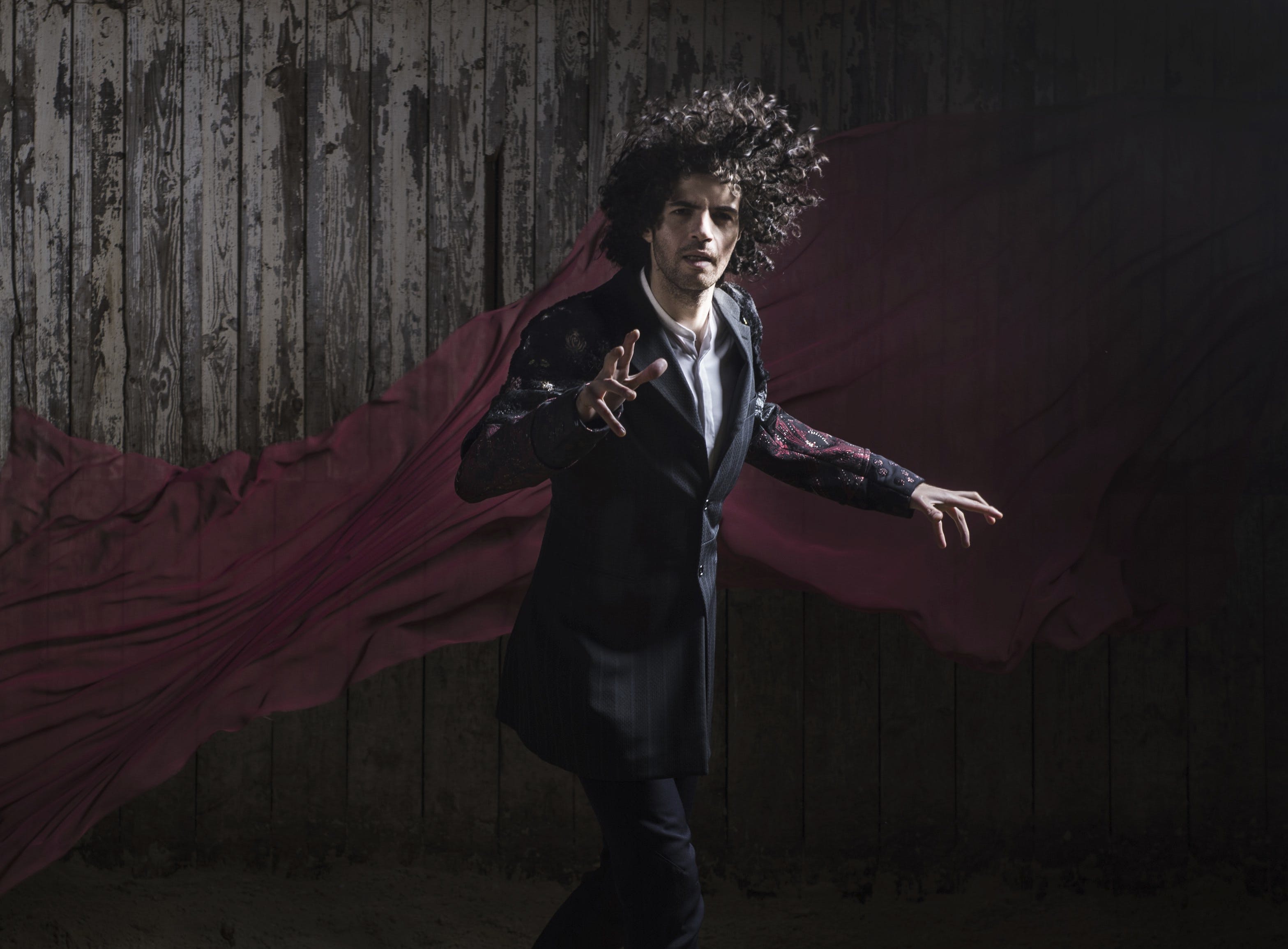 L: How did the selection go?

SG: With big names like Universal or Deutsche Grammophon, it was a bit more legitimate to be dressed by famous designers, to imagine a new image too. The selection of Leclaireur is original, eccentric, especially this Comme Des Garçons jacket in which I felt immediately comfortable.

I had many favorites during the fittings and the shooting. We had to respond to Julien's desire for movement. But we also looked for colors, because the album is built on Hispanic composers and music, and who says Spain, says colors. And, I come back to this, but this Comme Des Garçons jacket was a real revelation. It represents everything I put into my music: a mix between classicism and flamboyance, this desire to be unique. The body of the jacket is quite classic, a dark suit jacket with lighter stripes, but the sleeves are extraordinary, and versatile, it's a garment that can be modulated. It's what I wanted. 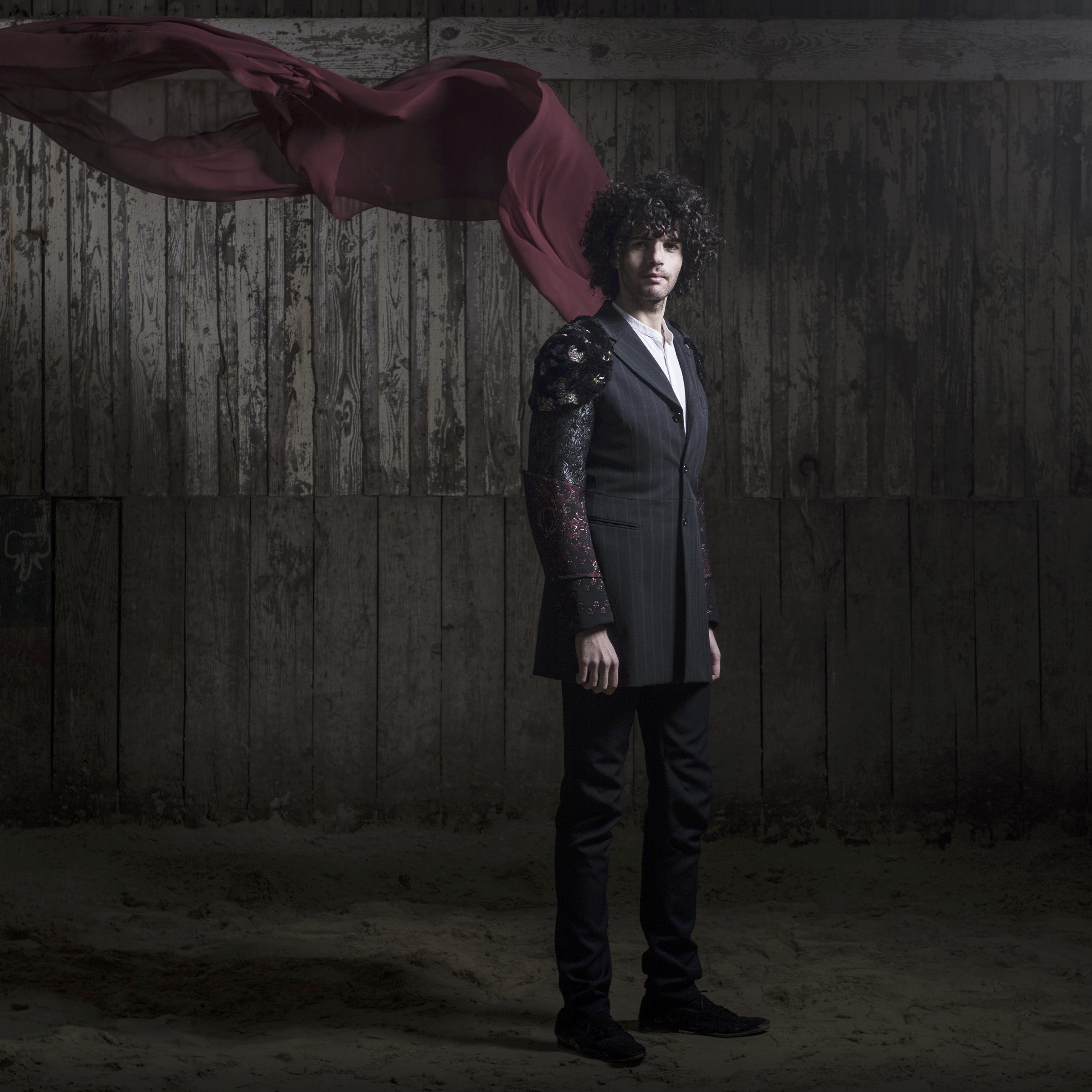 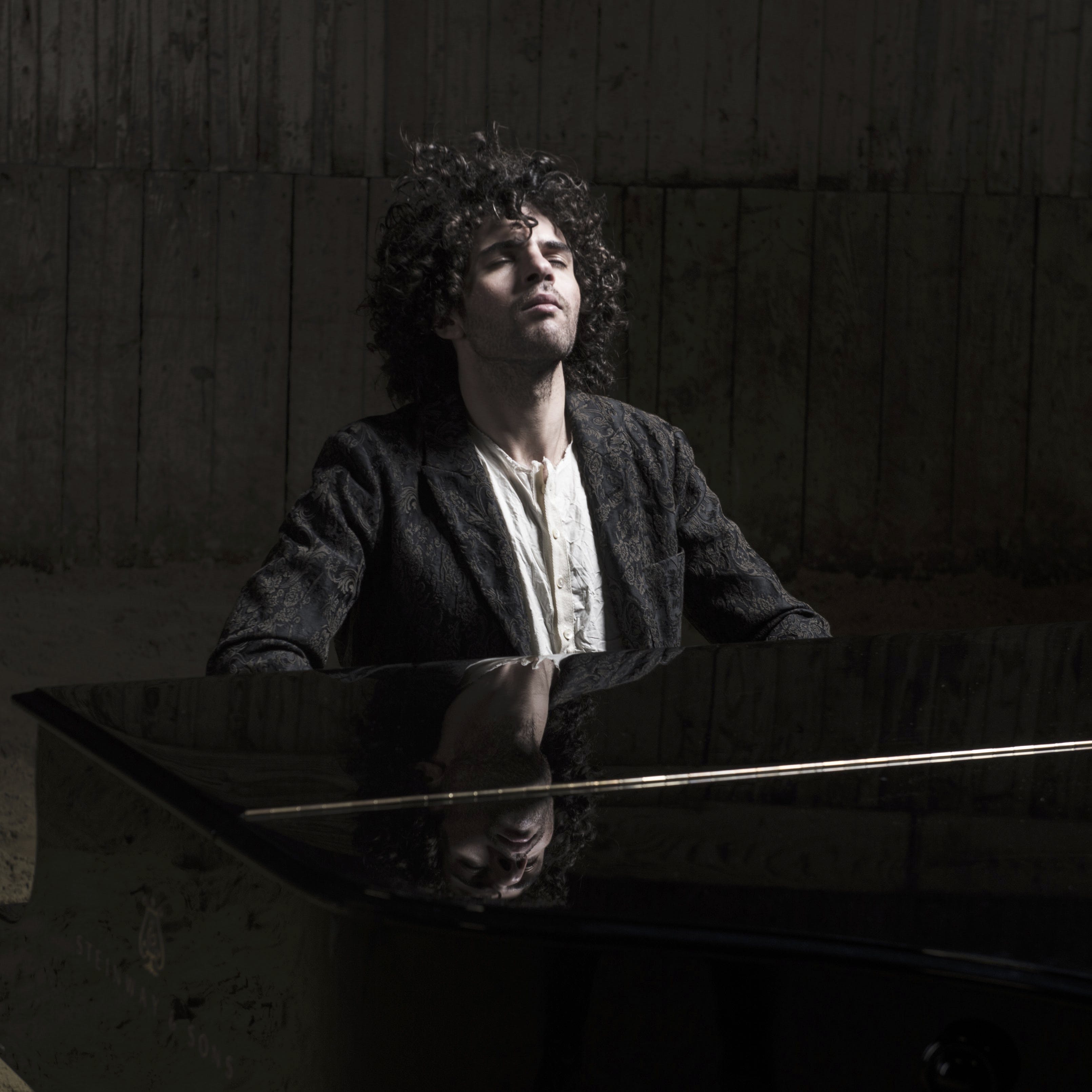 L: Any last fashion statement for the road, Simon Ghraichy?

SG: Let's see... You don't have to go on stage like Dalida with sequins and feathers to be eccentric. I don't have to sit at the piano in tails and a black and white bow tie. I have built my artistic image on eccentricity AND sobriety. As an example, I particularly like Kris Van Assche and Dries Van Noten, two designers who succeed in this mix and whose suits I still wear on stage. This is what I found at Leclaireur, this balance. So much so that I fell in love with it: to celebrate the release of the album, on March 4th, I will be on stage at the Théâtre des Champs Elysées with the irresistible Comme des Garçons jacket I'm wearing in some of the pictures. 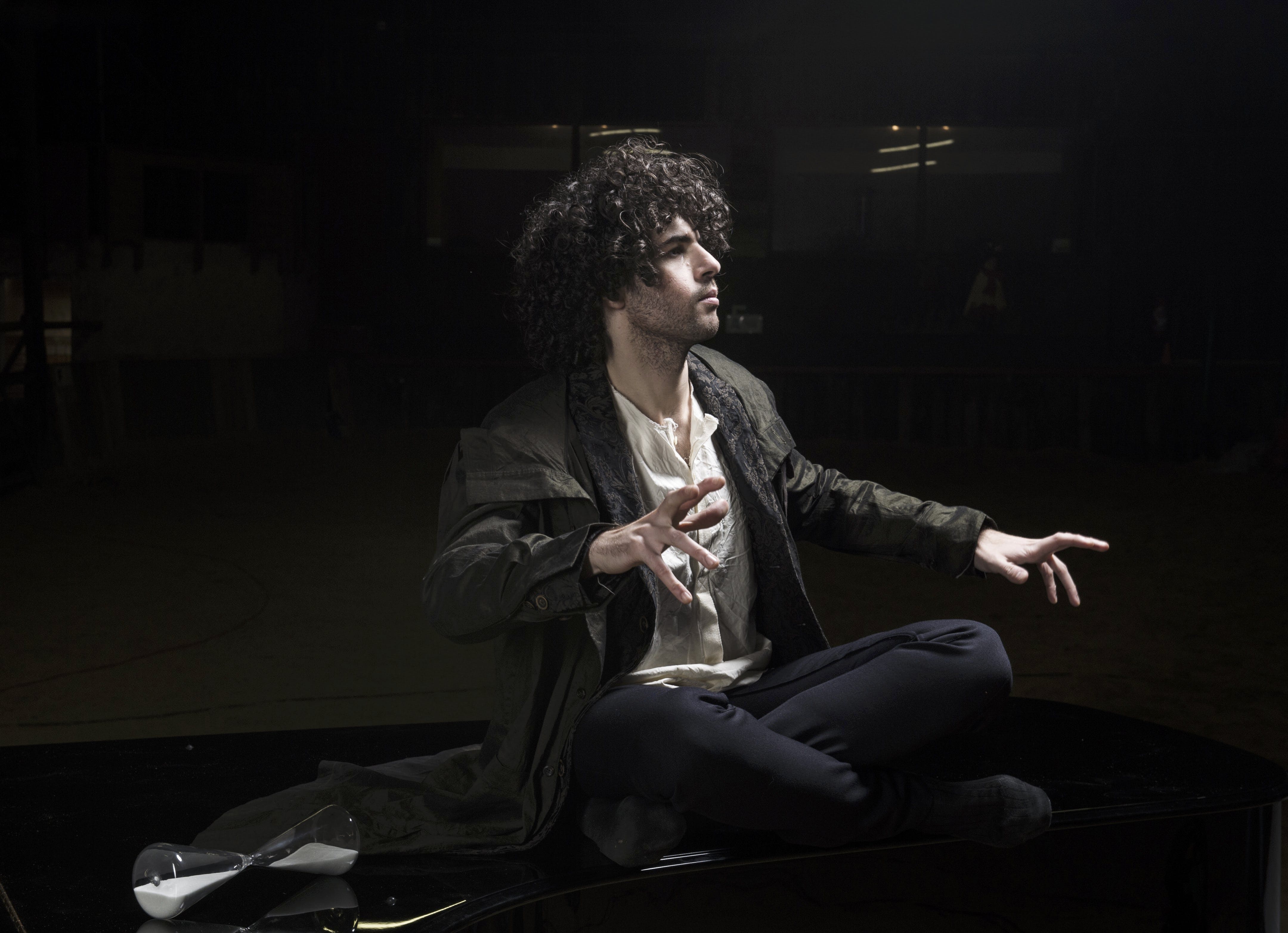