Jimi Hendrix's "Third Stone from the Sun" could be the soundtrack to our meeting with the woman behind Rosa Maria, the bewitching jewelry house. Between this psychedelic rock title, with jazzy influences, and the designer Rosy Abourous, a sort of sumptuous alchemy is created before our eyes. This unleashed hippie, as she describes herself, aligns creations as mystical as telluric, as original as daring, as feminine as liberated. Refinement in a case, like an ornament of feelings. It goes without saying that our discussion, in the middle of a photo session, was an Experience in itself. Here is the fruit of it.

Born in Beirut, Rosy Abourous, letting the precocious artist in her speak, started to create, to collect, to experiment from a very young age. Buttons, mother-of-pearl, treasures of nature, and more buttons. All witnesses of this precocious and sharpened eye, meticulously searching how to assemble these heterogeneous pieces into a real whole. Her strength, bubbling, overflowing, pushes her, in the face of the tragic restrictions of a war, to leave behind the borders of Lebanon, in pursuit of the seeds she has sown, towards Amsterdam where she will assert her identity as a rising talent in fashion. 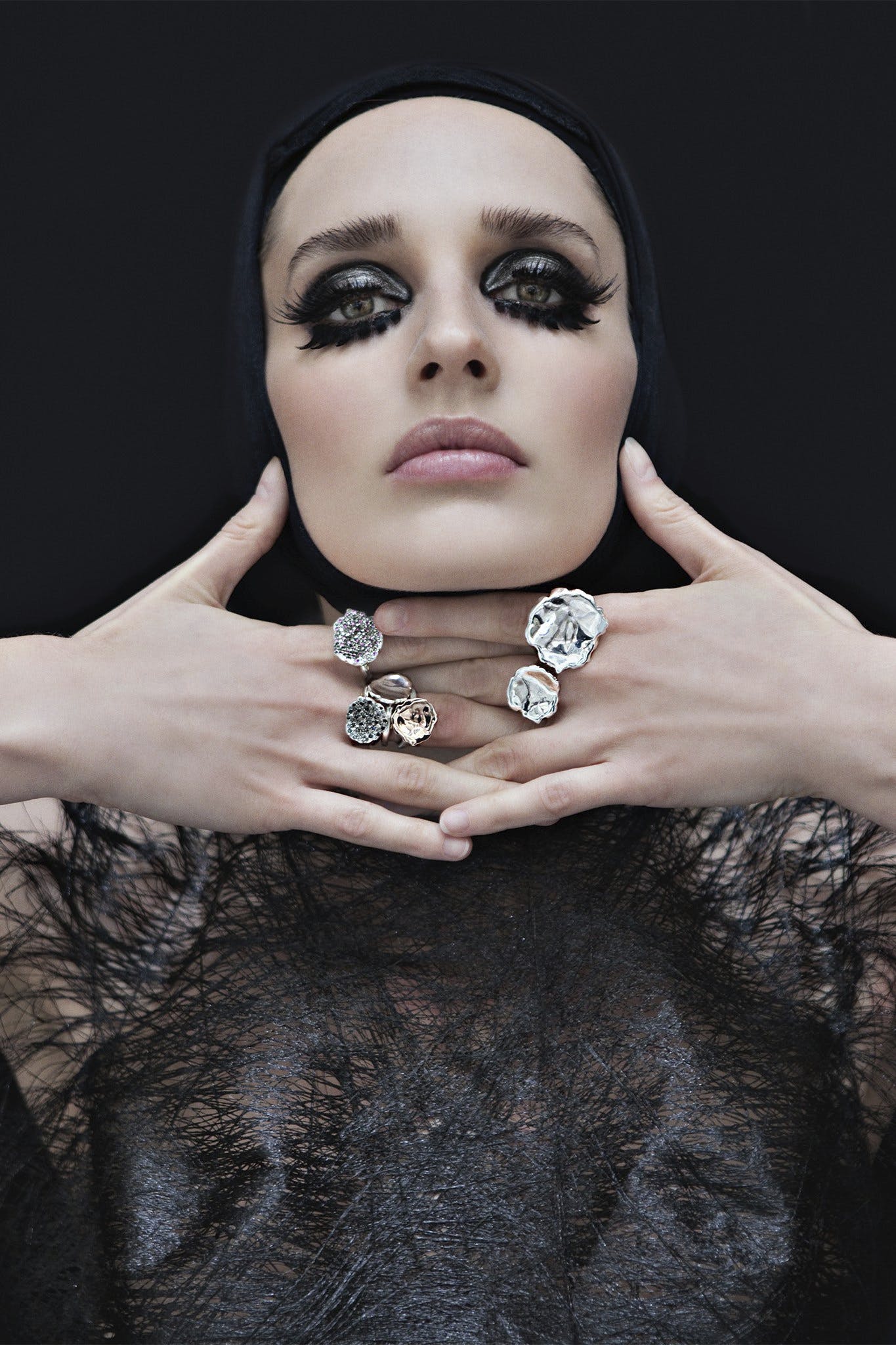 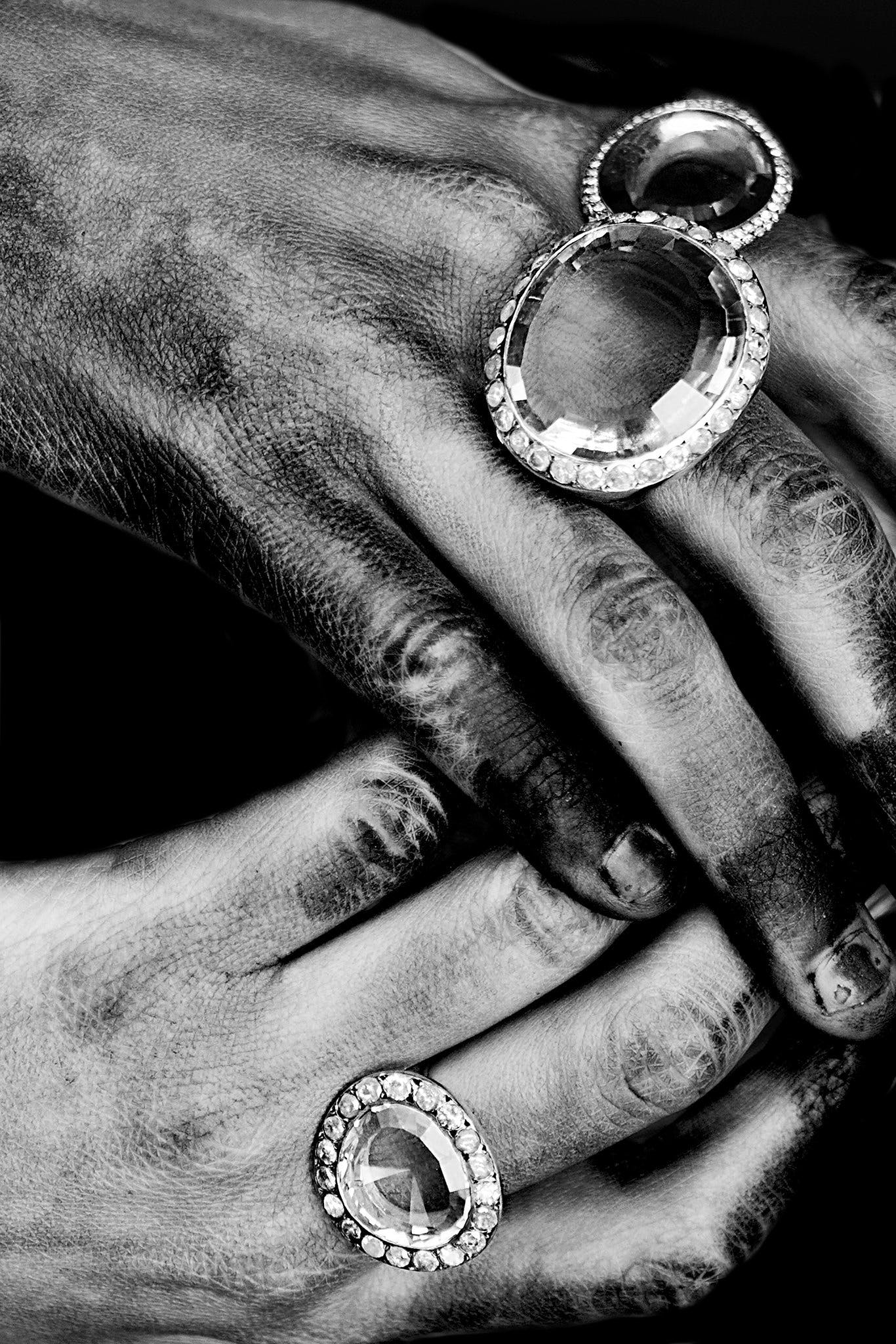 In 1998, Rosa Maria made her first Parisian presentation, on rue de l'Opéra, during which her path crossed that of Armand Hadida. Shy, of course, but proud of her work, Rosy dared to ask him if he liked her collection. It is the case, but in the eyes of the founder of Leclaireur, it is still too early. Rosy, strengthened by this approval, finds a form of legitimacy. She has her place in the landscape. Two collections later, Rosa Maria joined Leclaireur, and set the stage for a deep and lasting friendship between the two designers and their respective families. This agreement has continued to evolve in a fluid and understandable trust mechanism, given the aesthetic and ethical alchemy that unites them.

When Rosy discovered her "laboratory," the Beirut studio in charge of producing her pieces since the 1990s, its two owners were fine jewelry makers, whom she asked to imagine pieces from some of her "collages" - years of assembling influences and objects of all kinds. "My work is like a jigsaw puzzle where the pieces all fit together, and you can create different combinations," she explains. It will take two years for the artisans and their jewelers to master these ancient Ottoman forging and mounting techniques, which have become the signature of the house. Two years during which a return to authentic know-how, as well as the magnetic generosity of the designer, were enough to subjugate the craftsmen, who now devote all their resources to her. 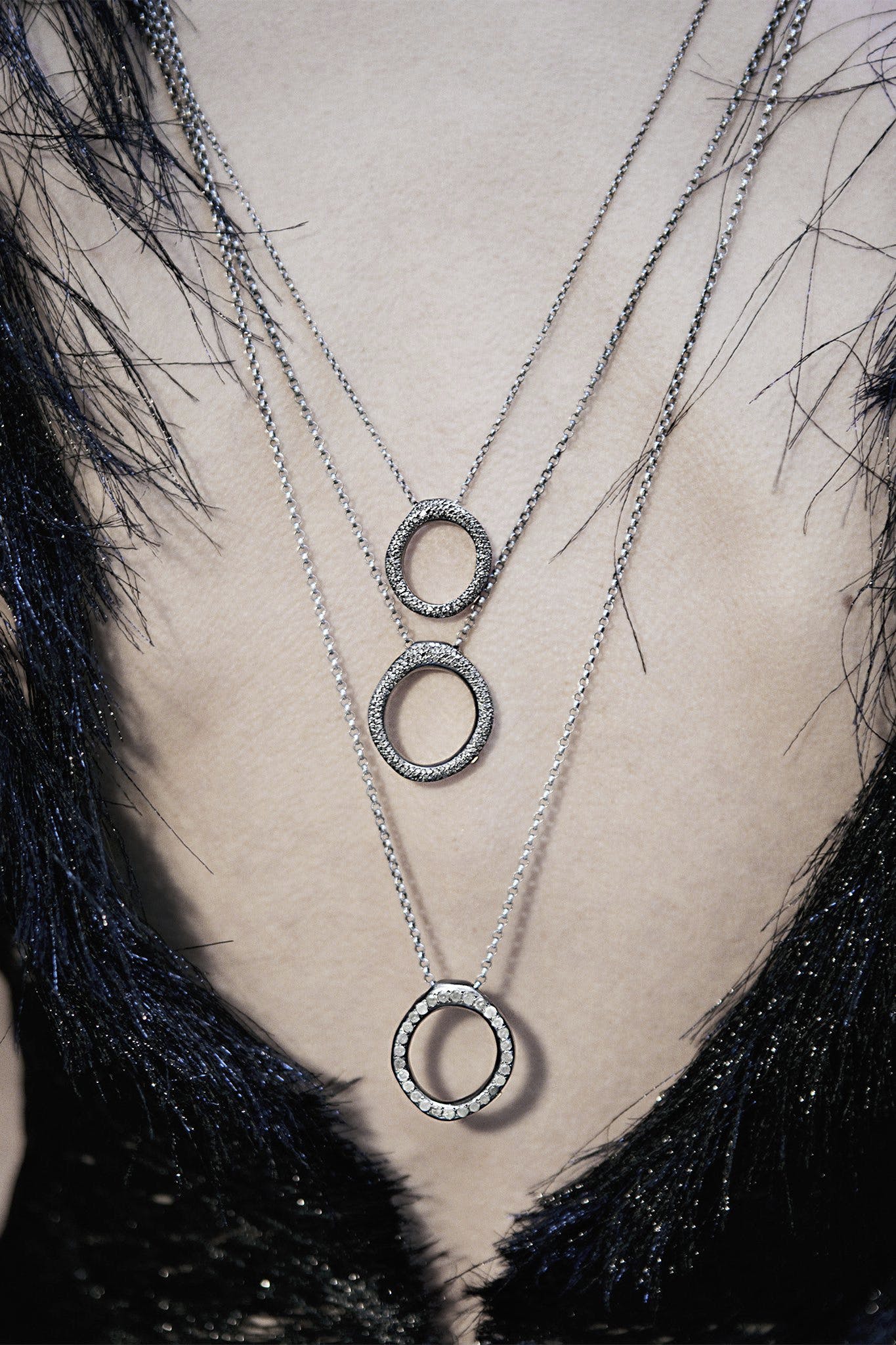 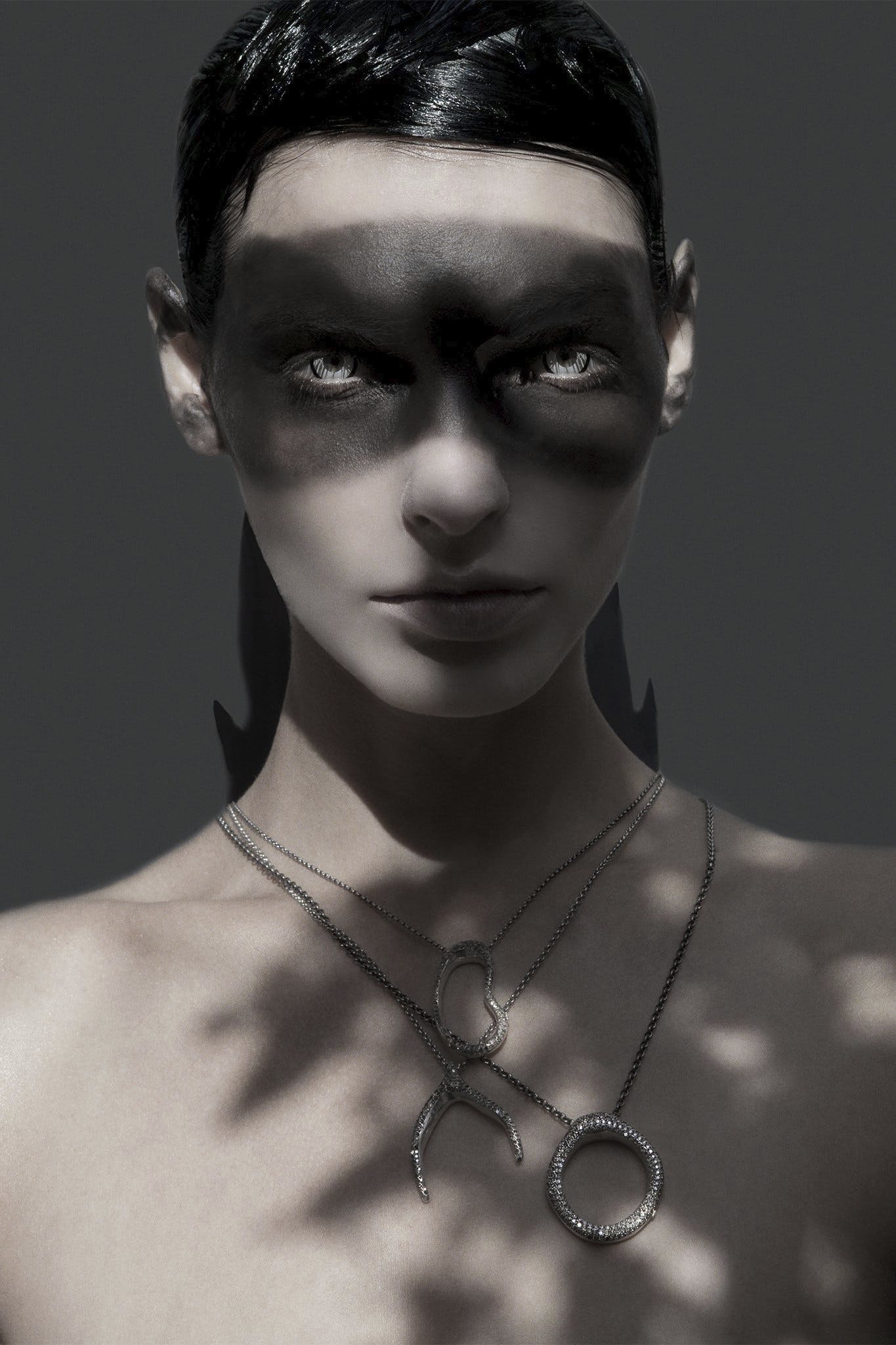 Very well... and what about the jewelry itself? They are born on the border of the geometric and the organic, of refinement and raw strength. A mixture of gold and silver, enclosing rose-cut diamonds, rubies, sapphires or topazes, each piece of jewelry is handcrafted, each stone is hand-mounted, impregnating itself with a free and eternal essence. Each piece is charged with a historical and fundamental symbolism specific to the history of mankind, and is presented as a work of art that comes to life on the skin. Delicate rings stacked on the finger, large and circular pendants or, infinitely feminine, earrings ... Rosa Maria rewrites the genesis of time. Hammered stems, organic pink cuts and sparkling paving stones wrap themselves around our fingers, awakening in us the modern and refined warriors - bohemian, soulful, charged with history or avant-garde creatures... all at once.

On Jimi's hands, Rosa Maria's rings would have felt at home, twirling on the guitar strings. They are at home everywhere, in fact, busy mystifying the everyday. 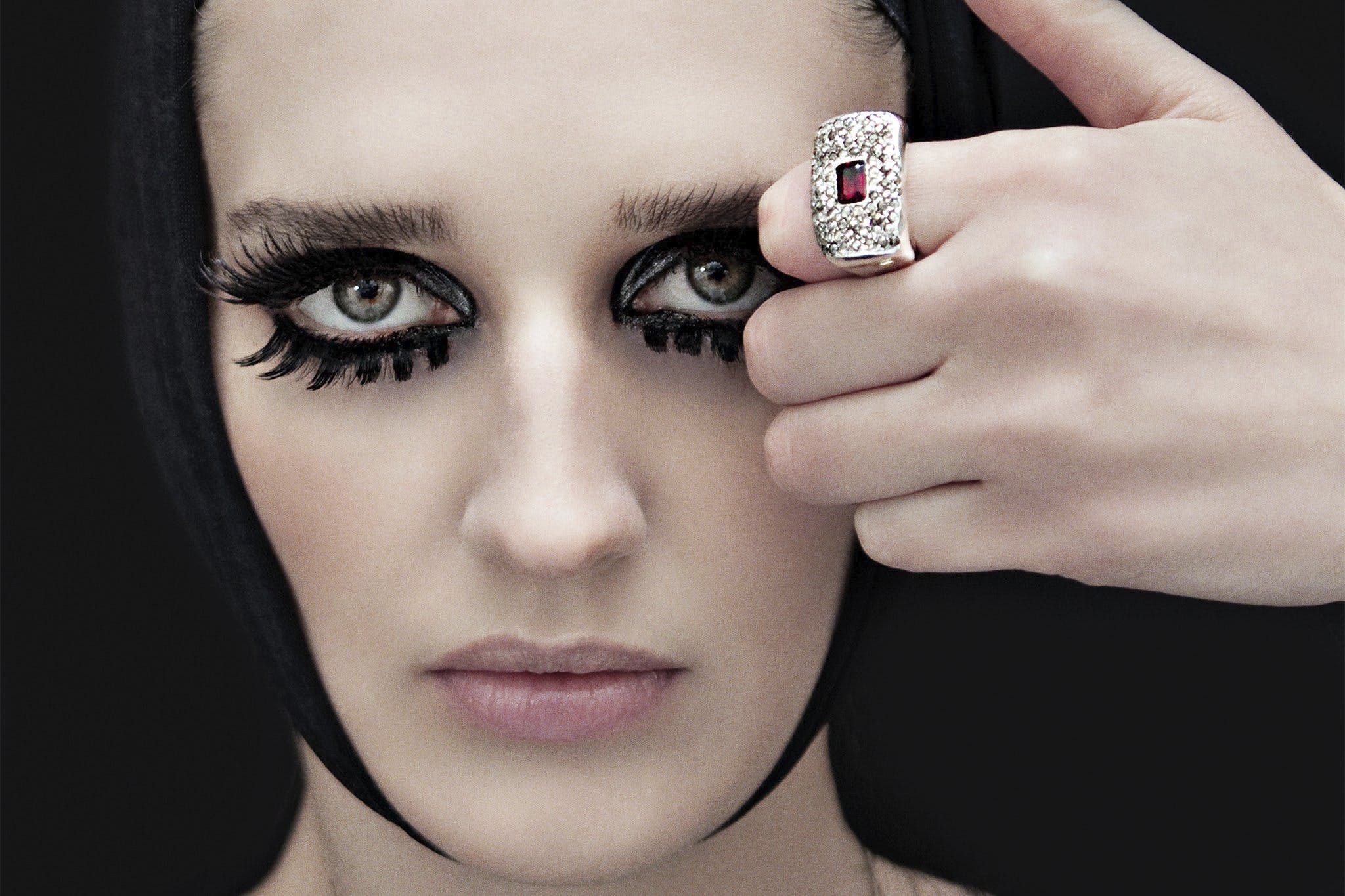 Rosa Maria's jewelry is waiting for you, at Leclaireur Sévigné.