Neil Barrett and Interview Magazine have teamed up for a capsule collection entitled Interview Hybrid Series by Neil Barrett, available exclusively in four boutiques around the world, including Leclaireur. It's a first for the magazine, which offers, by opening the doors of its archives, a real freedom to the British designer. 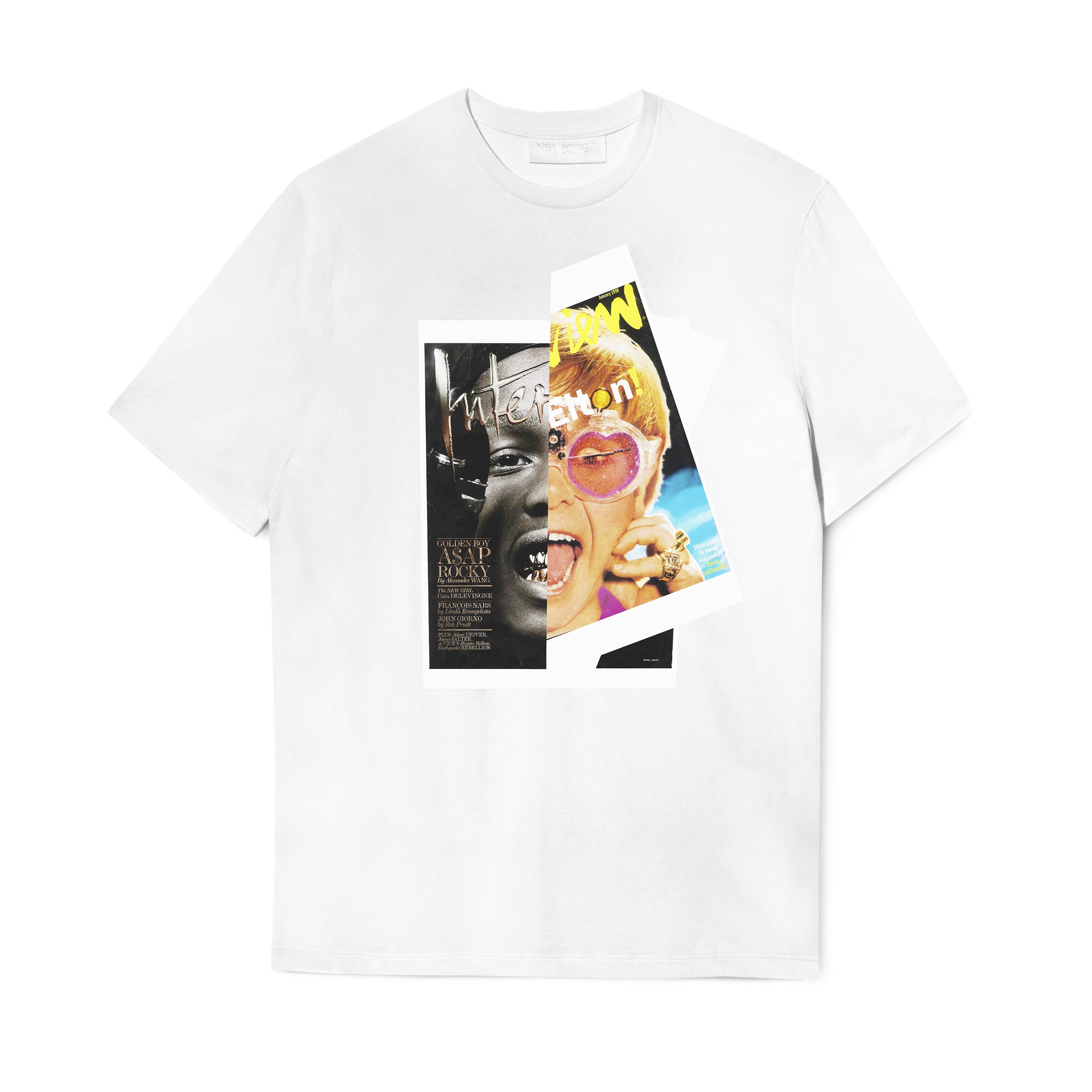 Using some of the iconic covers that have marked the magazine's history, Barrett brings fantasized celebrities to life. His Jay de Niro, Mark DiCaprio, Rocky Elton, Elizabeth Redmayne or Brad Bieber are displayed on these t-shirts, sweatshirts and hoodies with hybrid prints. With these collage-like assemblages, we find the taste for clean, sharp cuts that are Neil Barrett's signature season after season. 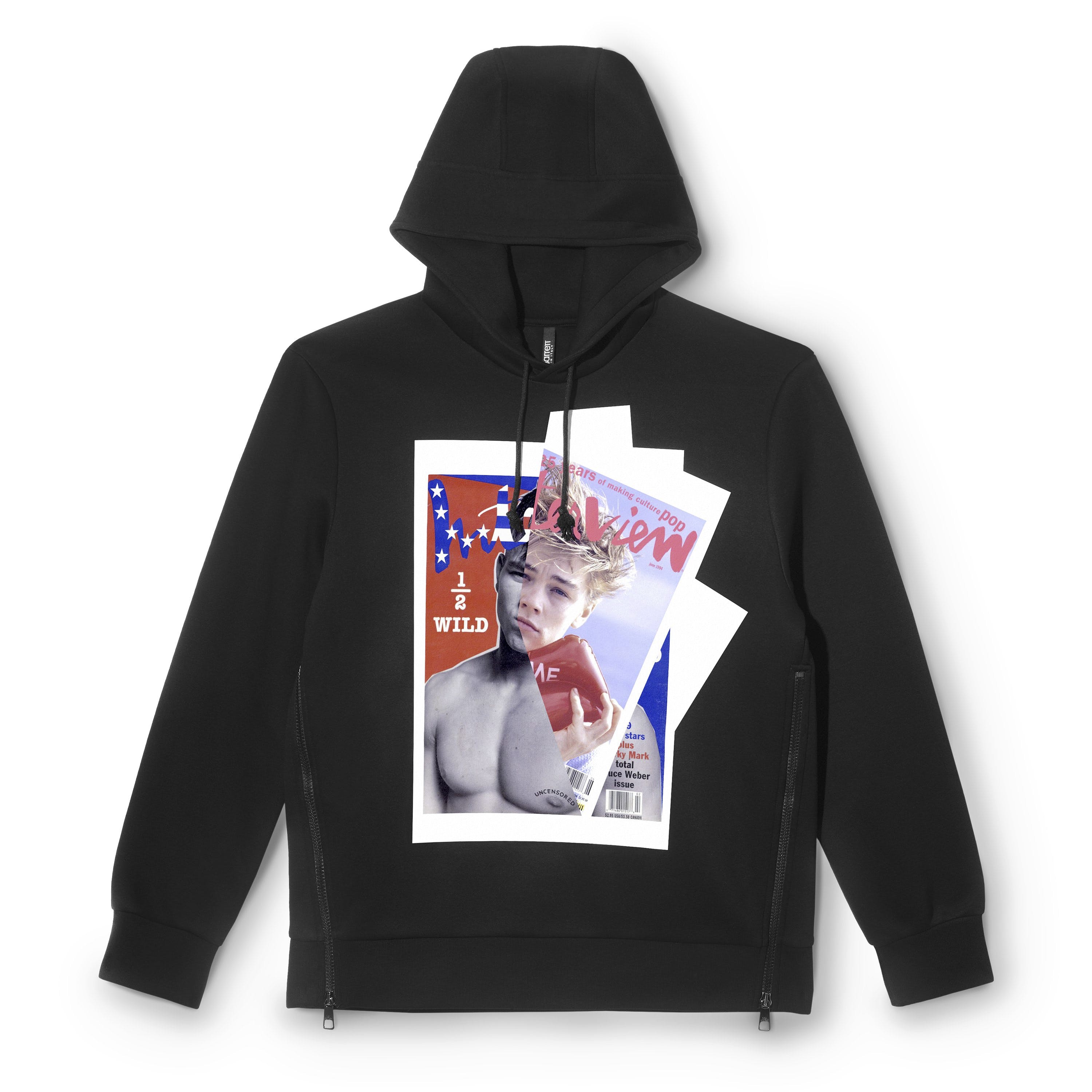 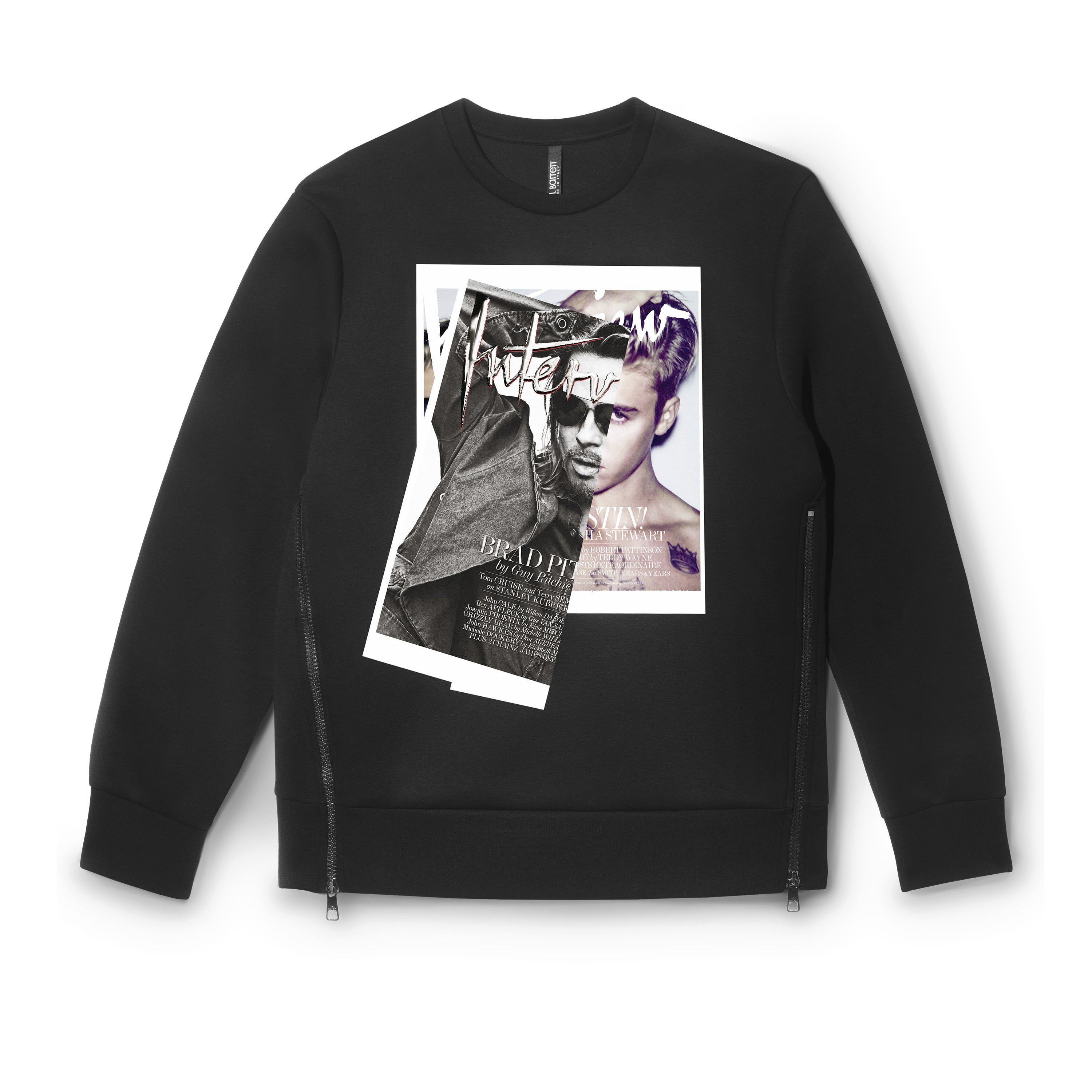 While this is a first for the magazine, it's not Neil Barrett's first time. Since the creation of his eponymous brand in 1999, the British designer, who has worked with Gucci and Prada, and whose obsession for clean lines and cut silhouettes is well known, has already collaborated with Puma, and Zaha Hadid for the design of his concept stores.