Ilaria Nistri presents a collection Spring-Summer 2017 inspired by marble, its texture, the veins that run through it, the geometry of this stone skin and the sacredness that emanates from it. "Marble Echoes Journey" invites us to follow the road of marble, a material used in the greatest human constructions, from the Palace of Versailles to the Taj Mahal. 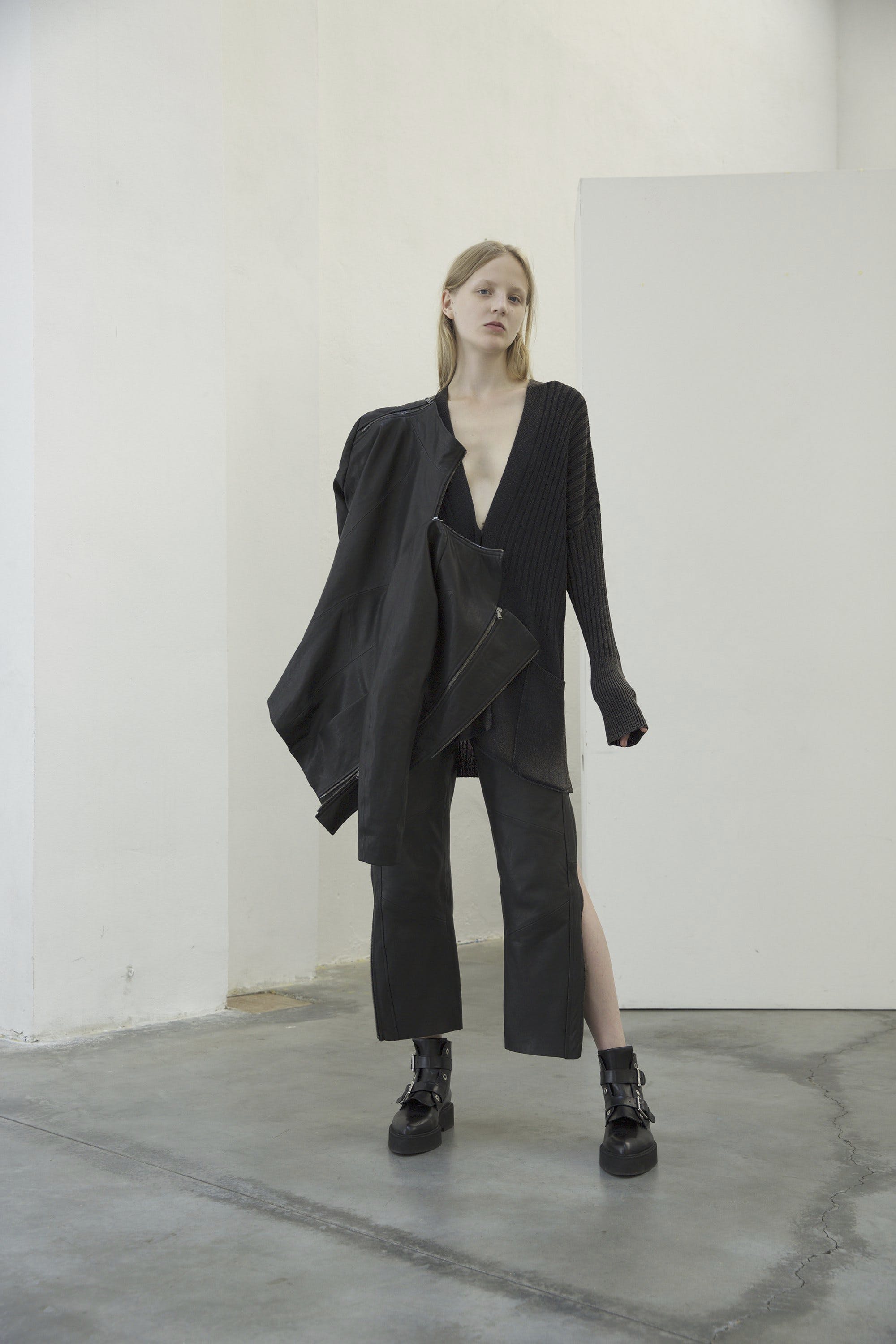 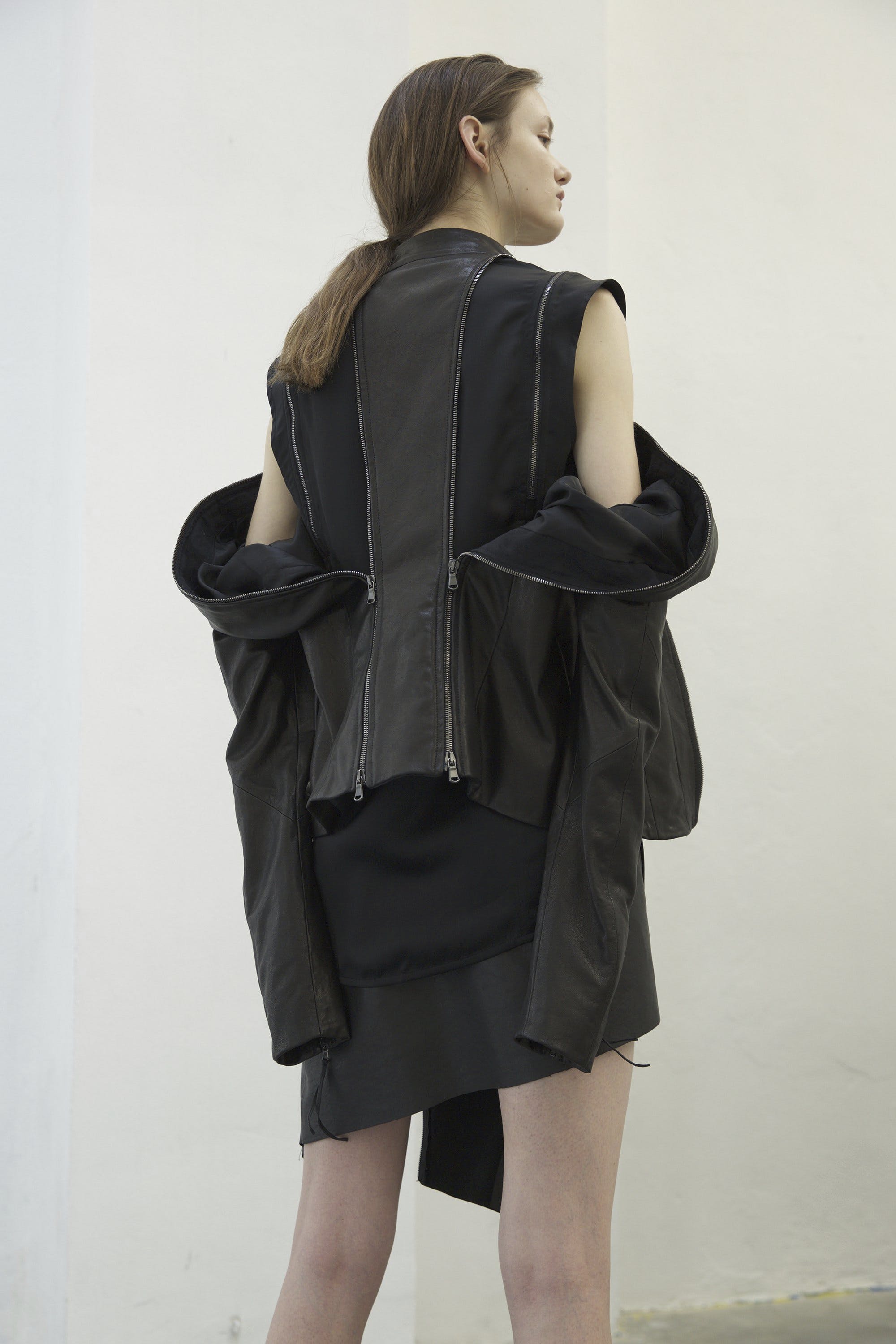 Through a series of prints and lines that pay homage to it, Ilaria Nistri creates long silhouettes and gives contrast to black and white thanks to the superposition of pieces close to the body. She works the leather, lacerating the material, adding zips in the back, on the shoulders, so as to give it more volume. The Italian designer plays with shapes, gives power to the silhouette, and height, by dressing it in wide pants, like a pyjama looking like a toga, whose light fall seems to root it to the ground, like a stone statue. 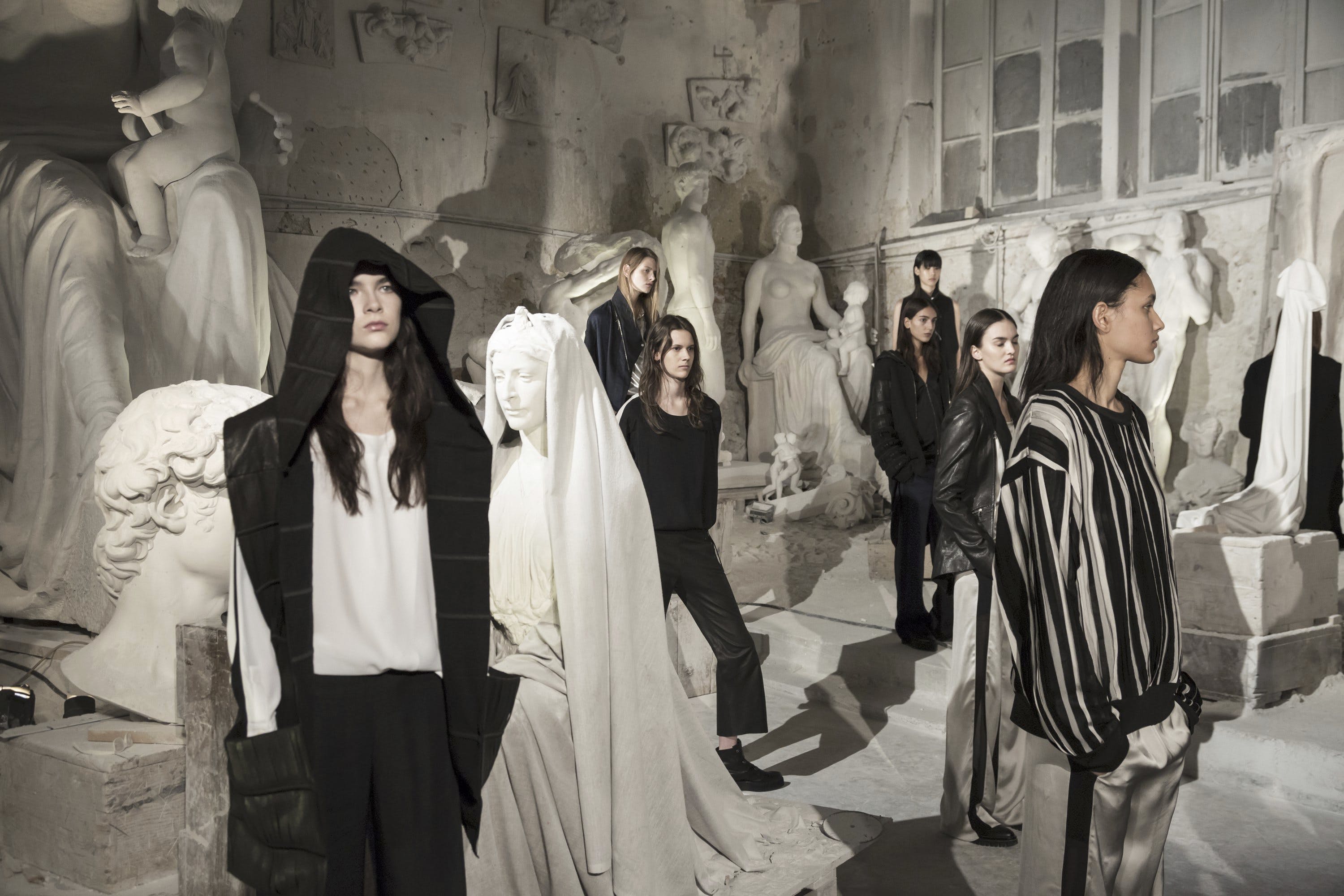 Ilaria Nistri grew up in Florence, where art and fashion reign, and where the Pitti Uomo has been held since 1972. After graduating in law, she finally chose to focus on design, encouraged by her father, who owned a company specializing in the production of fabrics. It is there, in part, that she developed her immense know-how in the field. Since her first collection, presented in Paris in 2006, Ilaria Nistri imagines the wardrobe of "a sophisticated Amazon, a combative woman aware of her strength as well as her fragility", playing with fluid lines, dark colors and geometric patterns, creating an androgynous and sculptural silhouette.

In The Same Spirit

THE LOOK OF THE WEEKEND 12th of October

THE LOOK OF THE WEEKEND 12th of October